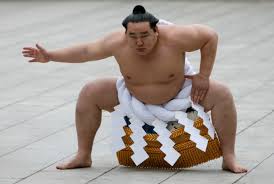 Can you guess what is on the menu today? That’s right, all things Sumo! Why Sumo stance?

the below all excerpted from www.startingstrogman.com and written by Kalle Beck:

“Increased glute/hip strength: The point where the bar will move off the ground is primarily determined by individual leverages, and more quad activation will result in MORE hamstring strength needed to hinge at the hips. Sumo deadlifts tend to use more of the gluteal group for hip extension, so the quads will be able to work synergistically to get the bar moving.

Decreased lumbar shear forces: While there is always a risk of injury when lifting weights, studies have shown that there are significantly less shear forces on the lumbar spine (in particular L4-L5) when performing a sumo deadlift over conventional. Any version of deadlifting with reduced lumbar shear is often beneficial to lifters who suffer from L4/L5/S1 herniations or issues.

Increased training efficiency: It is generally accepted that front squatting is superior to back squatting in terms of carryover to events, however if an athlete were to only front squat and conventional deadlift, there would be a hip strength deficiency. If an athlete were to only back squat and conventional deadlift, they are missing out on all the benefits that anteriorly loaded squats come with (increased upper back/torso strength, etc). For those already training at a very high volume, needing to back AND front squat means less time spent on events if recovery is already an issue, something we don’t want to happen, or reduced frequency of both. The sumo deadlift can help bridge the gap – it will increase hip strength (as with back squats), however it has the added benefits of upper back loading and decreased lumbar shear forces. It is also accepted that sumo deadlifts will also ‘carryover’ to the back squat due to hip, upper back and torso strength, so it is possible to be ‘prepared’ to back squat without needing to train it.

Increased “picking stuff up off the ground” variety: Quite often athletes will find themselves at a plateau with their deadlift, and an accepted way of getting past it is increasing frequency of that movement pattern. Generally speaking, there are only 3 variants of the conventional deadlift that are highly specific – off the ground, from a deficit and from a reduced height. While they all have their places, they require a differing hip position to initiate the movement which doesn’t always improve your pull off the ground. The sumo deadlift is a less-specific variant that can be introduced and is a great tool for exceeding plateaus. It’s also worthwhile looking at some of the best deadlifters around, whether they pull sumo or conventional the clear majority train the other form in their off season or as accessory work (for example, look at Dan Green or Ed Coan).

Teaches patience. With conventional deadlifts: It is common to ‘rush’ the start of the pull – how often do you see people charging in off a massive hit of Torq, yelling and screaming with a “grip and rip” conventional deadlift setup? Too often, these people end up massively out of position with a ‘fish hook’ lumbar spine, and needing to hitch/lap excessively to lock out a sub-maximal deadlift – or miss it completely at the top. With sumo, it is near impossible to ‘grip and rip’ – the requirement for good leverages and positioning is too high, as well as the latency before the start of the pull and the bar moving off the ground. This patience is something that often separates the good lifters from the great, and a very important skill to learn.”

Simply choose your experience level and get registered for Wine Country CrossFit today!

CLICK HERE to get started if you are visiting from out of town.